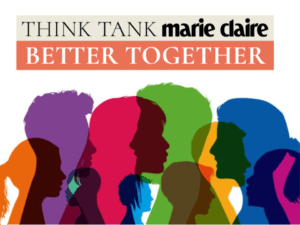 After the highly successful Marie Claire Think Tank in France powered by Connecting Leaders Club, Marie Claire to launch in the UK in 2020 !

The UK is one of the few countries in the world that has had 2 females leaders as prime ministers, but unfortunately the UK is still ranked 15 into the Global Gender Gap Index.

Despite much progress, Gender Equality needs leadership and commitment from both men and women and from private and public sectors to reach the 2030 UN’s Agenda.

Promises and goodwill are not anymore sufficient, it’s time to turn words into action!

The Marie Claire Think Tank will garner support from public and private bodies to take concrete action to promote gender equality, with the aim of putting forward tangible gender equality proposals that it will present  to UK government in 2021.

The objectives of the Think Tank Marie Claire Better Together :