For the second year the Herzliya Conference, the most prestigious Israeli conference traditionally focused on Defense and Diplomatic affairs held together with the Connecting leaders Club a special event focusing on Economic issues. The Israeli echo system, start up’s and universities are internationally renown for it’s innovation spirit and the market place for investor and companies that want to upgrade their internal innovation.

Honored by the exceptional presence of Dr. Henry Kissinger and President Shimon Peres, the event will hosted more than 2500 participants from all around the world for inspiring exchanges and effective networking.

“THE FUTURE OF INSURANCE, DIGITAL BANKING, MEDIA AND TELECOM”

“THE FUTURE OF MED-TECH”

“A NEED FOR VISION AND LEADERSHIP – THE WORLD CHALLENGES״

In the presence of : 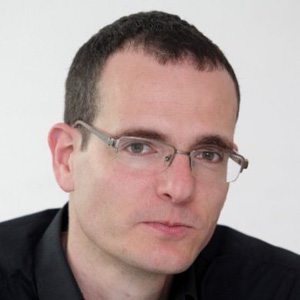 Uri Pasovsky is a senior writer and columnist for Calcalist, Israel’s leading financial daily, where he been a staff writer since 2012. Uri covers topics at the intersection of economics, finance and innovation, and holds an MBA from Tel Aviv university. 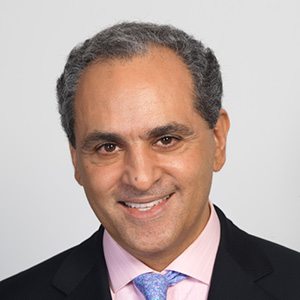 Mr. Azria, an investment banker in Manhattan for the past 30 years, specializes in financial and strategic transactions in the US, Europe and Asia. He started his banking career in 1981 in Tokyo, Japan and has accumulated over $200 billion of successful advisory assignments throughout his career.

Mr. Azria is a Senior Partner at LionTree Advisors, a fast-growing investment bank based in New York City and focused on the Technology, Media, Communications and Consumer sectors. Prior to joining LionTree, Mr. Azria founded and managed a financial advisory boutique for 7 years after spending 11 years as a Worldwide Partner with Rothschild and 8 years as a Managing Director of Blackstone-Indosuez.

Mr. Azria holds an MSc. from the HEC School of Management in France, a Trium degree from the London Business School and the NYU Stern Graduate School of Business, as well as a BS in Mathematics. He is conversant in several languages.

Currently, Mr. Azria is a member of the Board of Governors and the Executive Committee of the American Jewish Committee, and chairs the Paris office of the AJC.  He also supports and advises a number of other charitable organizations. 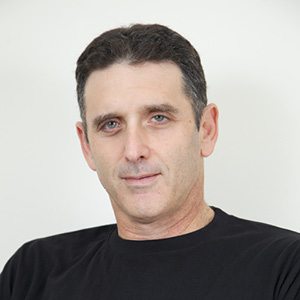 Nir Erez is a serial entrepreneur with over 20 years of experience creating and leading technology startups. Nir is currently the CEO and Co-­founder of Moovit. He is also a Co-­founder and Co-­owner of Eyron, a holding group of software companies and a seed investment group. Nir founded and was CEO of ActionBase Corporation, a U.S.­based enterprise software company acquired in 2003. He also founded and was COO of Optimal+, a leading software company that revolutionized testing of semiconductors. Prior to founding Moovit in 2011, Nir led the investment arm of Eyron Group focused on early ­stage software companies. Nir holds a B.Sc. in Physics from Bar ­Ilan University and is a graduate of the Israeli Defense Forces (IDF) Computer Science Academy. 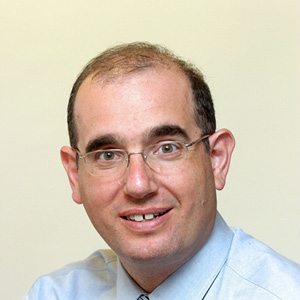 Yoram is the Managing partner of EY Israel, the largest accounting firm in Israel. Yoram has been spending most of my career helping the high tech sector globally and in Israel in particular.

With background deeply rooted in the research and development Yoram manage to weave together his knowledge and desire with his job. Yoram has been working with some of the best entrepreneurs and the best developments there is. Fascinated by the way technology enables a profound change in our life and the way we live, combined with healthy curios nature Yoram has been able to use his experience to take part of their journey and help many entrepreneurs achieve their dreams and goals.

Yoram has a vast experience working with entrepreneurs and startups on strategy, finance, growth and fulfillment and with big corporation on similar issues.

With over 30 years of experience Yoram has participated in many M&A’s and IPO’s on NASDAQ and the European and Tel Aviv Public Capital Markets. Yoram has helped many clients in a multitude of issues advising management on strategy, growth and Innovation. 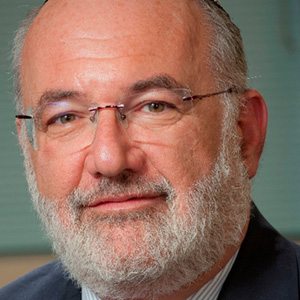 Guido Pardo Roques is President and CEO of Philips Israel. Guido also serves as director of business development at Philips global CT business unite. Philips Israel has about 1,000 employees in the areas of Healthcare and wellbeing and focuses on the research, development, production, marketing, sales and service.

Guido studied, first and second degrees in engineering at the Technion and also holds an MBA from the University of Haifa. 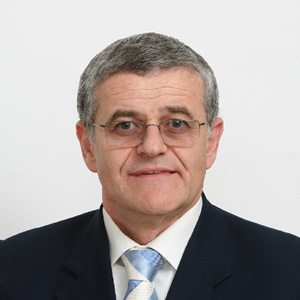 After 26 years of military service as an intelligence officer in the IDF, Daskal knew he wanted to keep serving his country and decided to dedicate his life to the development of the Israeli public transportation in general and specifically the rail transportation for the mass.

In 2003, Daskal founded BT’s subsidiary in Israel and to this day he is president of Bombardier Israel, projects manager and the organization’s coordinator of the railway and aviation sectors in Israel and the Middle East.

Bombardier won its first Israeli tender in 2000 and became a pioneer and a co-partner in the tremendous changes in the Israeli Railways and the way the rail transport has been perceived by the government.

Thanks to great government support, Israel enjoys a real rail revolution with a yearly increase of approximately 10% – 15% in the number of train passengers and the numbers keeps rising.

Daskal now aspires to continue the process and fill the existing gaps between the Israeli public transportation and the Western world.

Daskal is married, father of four children and has a Master Degree in Political Science from Haifa University. 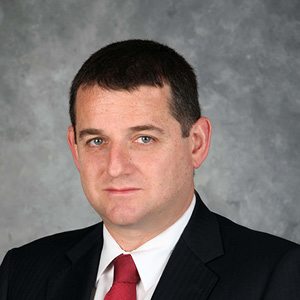 Mr. Koller joined Bank Hapoalim in 1999 and was appointed to the Board of Management in 2008. He was appointed Head of Financial Markets in December 2013 and as of February 2016 his responsibilities also include International Banking. Prior to his current positin, Mr. Koller served as Chief Risk Officer (2008-2012) and Head of International Banking (2012-2013). Before joining the Board, he served as ALM Division Manager (2003-2007).

Mr. Koller has BA and Master’s degree in Economics and Business Administration from the Hebrew University of Jerusalem. 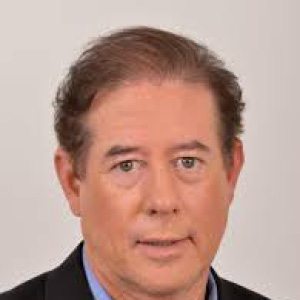 Prof. Peter Fitzgerald is the Director of the Center for Cardiovascular Technology and Director of the Cardiovascular Core Analysis Laboratory (CCAL) at Stanford University Medical School. He is an Interventional Cardiologist and has a PhD in Engineering. He is Professor in both the Departments of Medicine and Engineering (by courtesy) at Stanford. Presently, Prof. Fitzgerald’s laboratory includes 17 postdoctoral fellows and graduate engineering students focusing on state-of-the-art technologies in Cardiovascular Medicine. He has led or participated in over 175 clinical trials, published over 550 manuscripts/chapters, and lectures worldwide. He has trained over 150 post-docs in Engineering and Medicine in the past decade. In addition, he heads the Stanford/Asia MedTech innovation program.

Peter has been principle/founder of twenty-one medical device companies in the San Francisco Bay Area. He has transitioned fourteen of these start-ups to large medical device companies. He serves on several boards of directors, advised dozens of medical device startups as well as multinational healthcare companies in the design and development of new diagnostic and therapeutic devices in the cardiovascular arena. In 2001, Peter was on the founding team of LVP Capital, a venture firm, focused on medical device and biotechnology start-ups in San Francisco. In 2009, he co-founded TriVentures in Israel, which is a venture fund focused on early-mid stage medical technology and digital healthcare. 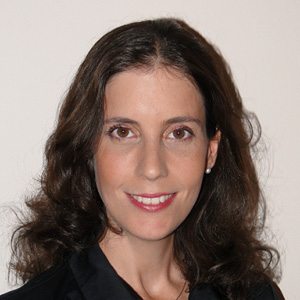 Galit Zuckerman is the founder and CEO of Medasense, a medical device company specializing in innovative pain monitoring solutions. Galit founded Medasense upon discovering that while advanced algorithms are used frequently in many different industries such as semiconductors, communication, and many others,  the discipline of medicine and specifically pain is still left behind. Currently pain is primarily determined by the patients self-reporting and a review of their basic vital signs by medical professionals. This year Medasense will start commercializing its first flagship product PMD200 following seven years of research, publications in the most important scientific journals, and strategic investments from leading global medical technology corporations. 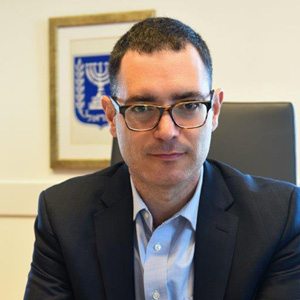 Moshe Bar-Siman-Tov is the director general of the Israeli ministry of health.

Prior to the current position, he served as Israel’s Economic Attache to the United States, Based in Washington, DC.

Mr. Bar-Siman-Tov served 11 years in the Budget-Division at the Israeli Ministry of Finance. In his last role at the budget division, Mr. Bar-Siman-Tov was the senior Deputy Director at the Budget Division, Responsible for the social expenditure in the Israeli national budget, including healthcare, education, employment & the welfare system. The role consisted of building the national budget, as long as promoting reforms and structural changes in these fields.

Moshe has both a master’s and bachelor’s degrees in economics and business administration from the Hebrew University of Jerusalem.

Moshe is married, has four children and lives in Jerusalem. 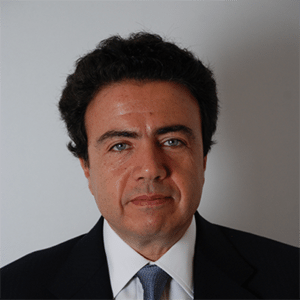 Philippe Guez was born in Tunisia in 1960. He then moved to France in 1967. He obtained his Baccalaureate in 1979 from the Lycée Carnot in Paris.

Prior to joining Rothschild in 2011, Philippe worked for Warburg and Deutsche Bank for more than 15 years. He held different management responsibilities in equity, equity capital markets and corporate finance. During his last 5 years at Deutsche Bank, Philippe was the Head of Investment Banking in Paris.

Additionally, Philippe is active in the Jewish community in France with several positions.

He is a member of the Executive Committee of AUJF (the Keren Hayesod arm in France) and is a Board Member at the CCFI (France – Israel Chamber of Commerce).

He was appointed at the head of the council of business leaders France-Israel at Medef International. 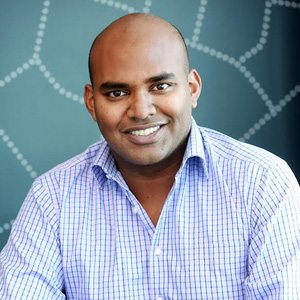 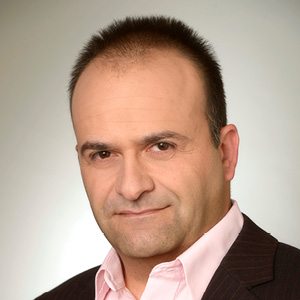 Yoav Tzruya brings to Jerusalem Venture Partners over 20 years of experience in Enterprise Software, including C5I and Cyber Security, as well as Digital Media, Content and Telecom VAS. He serves on the board of several JVP companies including ThetaRay, Morphisec, Coro.Net, SCADAfence and Secret Double Octopus. Tzruya also led JVP’s investment in CyActive, the 1st exit out of Beer-Sheva, which today serves as Paypal’s global cyber R&D center. Tzruya holds a B.Sc. in Mathematics and an M.Sc. in Computer Science from Tel-Aviv University, as well as an Executive MBA from the Kellogg School of Management’s international program in collaboration with Tel Aviv University. 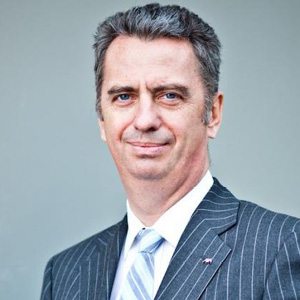 Nicolas Moreau is a graduate of the Ecole Polytechnique and has an actuarial degree from the Centre d’Etudes Actuarielles.

Since 2003, he has been a member of the AXA Executive Committee and since April 2010, a member of the AXA Management Committee. On October 2010, he was appointed Chief Executive Officer of AXA France and Chairman & Chief Executive Officer on March 2012. On January, 2012 Nicolas Moreau took on the additional responsibility of overseeing the worldwide operations of AXA Assistance and AXA Global Direct. Since September 2015, he is also in charge of overseeing AXA Partners, a dedicated unit to develop partnership business globally. 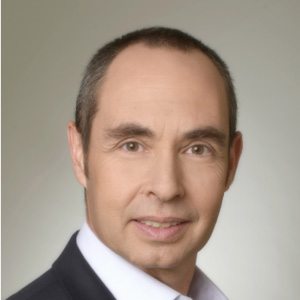 Gadi Tirosh is managing partner of Jerusalem Venture Partners (JVP) as well as chairman of the board of CyberArk and AnyClip Media. Tirosh also serves on the board of directors of ThetaRay, HexaTier, ComQi and Gamefly. Before joining JVP, he served as corporate vice president of product marketing and member of the executive committee at NDS, a leader in digital pay-TV systems. Prior to NDS, Gadi held a variety of positions in software and Internet-based R&D organizations. Tirosh holds a B.Sc. in Computer Science and Mathematics and an Executive MBA from the Hebrew University of Jerusalem 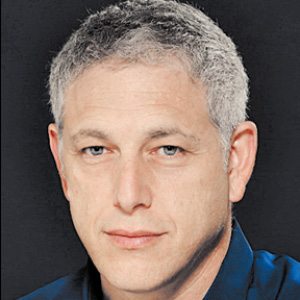 Dr. Yair Shapira, Founder & CEO, NiNiSpeech. Yair combined his vast experience as executive in successful start-up firms, his Ph.D. in the field of speech signal processing, with his passion to help his son, to establish NiNiSpeech. Yair’s vision is to significantly increase speech therapy success rate using evidence-based therapy and groundbreaking technologies. Dr. Shapira served in senior positions in successful start-ups in Israel and Europe, and holds a Ph.D. in Biomedical Engineering from the Technion. 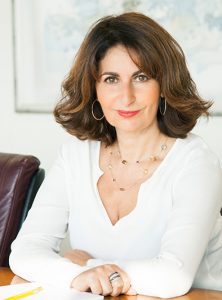 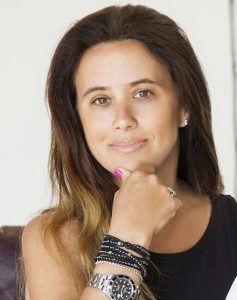