October 1st : Tomorrow in Motion – Highlights on the future of mobility.

Powered by the Connecting Leaders Club

BEST OF TOMORROW IN MOTION

Paris Motor Show - We Are Not Going for Peak Performance, Our Goal Is to Deliver What Consumers Want

Carlos Ghosn, chairman and CEO of the Renault–Nissan–Mitsubishi Alliance, spoke with BP CEO Robert Dudley and with the editor-in-chief of French financial newspaper Les Échos at the opening of the Paris Motor Show

The future of the car industry has less to do with the car itself and more to do with what services the car offers, according to Carlos Ghosn, chairman and CEO of the Renault–Nissan–Mitsubishi Alliance. On Monday, Ghosn participated in a panel on the automobile industry’s electric revolution, held at the opening of this year’s Mondial de l’Automobile auto show in Paris. The panel was moderated by David Barroux, editor-in-chief of French financial newspaper Les Échos, and also included Robert Dudley, CEO of multinational oil and gas company BP PLC.

To emphasize connectivity and other in-car services, automakers today look to collaborations with tech companies. Last month, the Renault–Nissan–Mitsubishi Alliance announced a partnership with Google, who will provide Android-based infotainment systems to all the alliance’s vehicles beginning in 2021. Asked about potential competition from the world’s tech giants, Ghosn said that Renault–Nissan–Mitsubishi does not see them as threats. 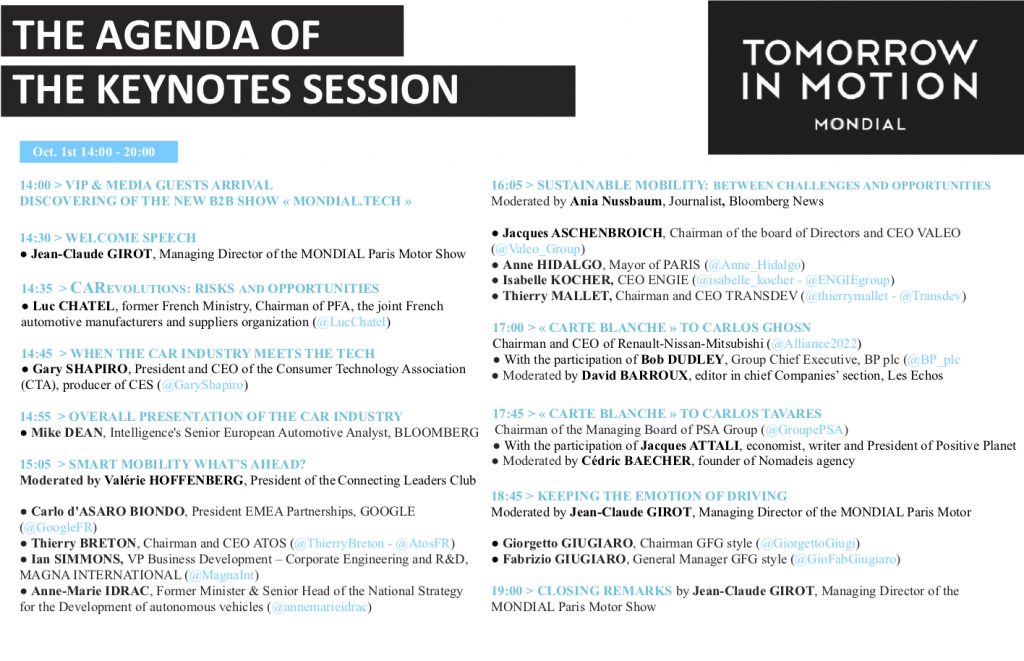